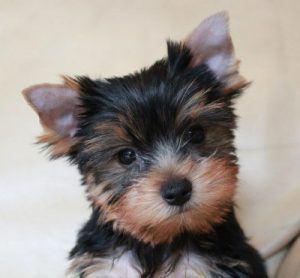 Recently I came across an article about the loss of a beloved dog. In memory of this dog, a box of toys had been placed at the gate of his home for other dogs to play with. I thought this was a beautiful tribute to the lost one.

Reading this article brought back an extremely sad occasion in our family.  Although this happened many years ago, the memory remains with me and it will forever.  I felt it appropriate to share with other dog lovers, the intent being to raise awareness that absolutely unexpected dangers can occur.

It happened on a day in December of a year long ago that my husband and I were preparing for a pre-Christmas celebration for work colleagues and family members. December in New Zealand is summertime and preparation was for a barbeque and outdoor entertainment. Approximately thirty people were to arrive at our home at about 5 pm.

Why Toddy the Puppy Came Into Our Lives

Twelve months prior we had bought a beautiful puppy for our younger daughter.  This puppy was not a Miniature Schnauzer.  He was an adorable Silky Terrier puppy, just weeks old when we brought him home.

Toddy, the name he was given, was a special gift for our 12 year old daughter who had recently suffered the loss of her beloved two Batam birds.  They were killed overnight.  Whoever did that we were never to know.  The loss to this child was unbearable.  She was an animal lover and to have seen her with those Batams sitting on a broom stick across her shoulders, one at each end, was a frequent occurrence.  She adored those birds.  She looked after them and every day those two Batams were the first to see her when she arrived home from school.

To help our daughter move on from that disaster, the adorable Silky Terrier puppy came into her life.

A Place for Keeping Puppy Safe

To return to the afternoon of that fateful December day, my husband had put Toddy in his special kennel.  Although Toddy lived inside our house day and night, we had a kennel with an outdoor Run where he could be safe from harm and enjoy the fresh air.

As we went about preparing for our visitors and looking forward to a grand time for all, three uninvited teenagers arrived at our home.  These young people attended the same college as our elder daughter.  They had been turning up at our home often and at such times used to tease Toddy.

So on this fateful day these teenagers strolled down our back garden to Toddy’s kennel which caused Toddy to bark, no doubt fearfully.  One of these uninvited teenagers opened the door of the kennel.  Immediately Toddy ran up the garden, onto the concrete driveway and straight onto the road.  He went at such a speed it was impossible to catch him.

I didn’t see Toddy on the road.  What I saw next was my husband holding this beloved puppy in his arms. Now a bundle of fluff with no life in it.

It was unbelievable.  How could such thing happen? Our beautiful puppy was gone forever.

Our young daughter was bereaved of her beautiful pet.  It seemed she was destined to never have the pleasure of a beloved pet of her own.

How Tragedy Could Have Been Avoided

I have told this story with a hope that you will go just one step further with ensuring the safety of your pet.

Had Toddy’s kennel been locked and the key out of the sight of intruders, Toddy would not have lost his life at such a young age. And, our daughter would have had the pleasure of Toddy for so much longer.

Furthermore, it is impossible to replace a pet.  A while later we bought another puppy for our daughter.  Although she liked him, she never had the love for that puppy as she had for Toddy.

I hope this true story will help to raise awareness of going that one extra step to make certain your puppy is absolutely safe.